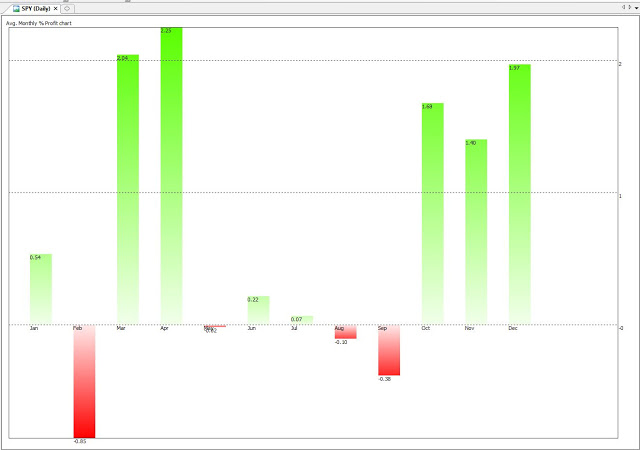 This chart shows that for example if we bought every December @ the open and sold at the end of the month @the Close, we would average a 1.97% profit.
But is average profit, alone, a good indication of profit loss potential?

One way to look at this is his:
Mr. X., a french expat and a bon viveur, wakes up and just feels like gambling. He takes a trip to the nearby casino. We ‘ll call it the Casino “Royale”. He enters the lobby and is presented with 12 different slot machines.

Mr. Francois is the oldest employee of the Royale and has been there since the very beginning. His job is to record the history of those machines. How many times each paid off and how much.
Mr. X and Francois are buddies. So Mr. X has access to Francois’ notes.
Francois keeps telling Mr. X, that past does not guarantee the future: If machine #3 paid off 100% of the times it was played, does not mean that it will pay off the next one.
But if it did, if the winning rates and payoffs were “stable”, ie, we expected future statistics to be similar to past statistics, which machine should Mr. X choose and how much should he bet? 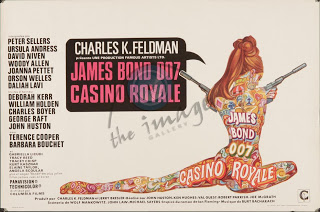 The answer to both is the Kelly criterion: f=(bp-q)/b

The bigger the probability of winning and the bigger the money paid per $1 bet, the bigger Kelly becomes. . Which only makes sense since we want to play games with big winning percentages and large payoffs. So we can use Kelly as an “indicator” to tell us what would be our “best” bet.

So again, here’s the SPY chart using Kelly instead of Average Profit. 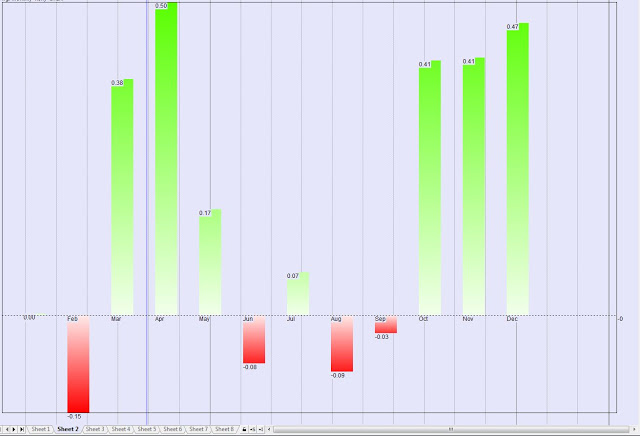 For December here are the stats: 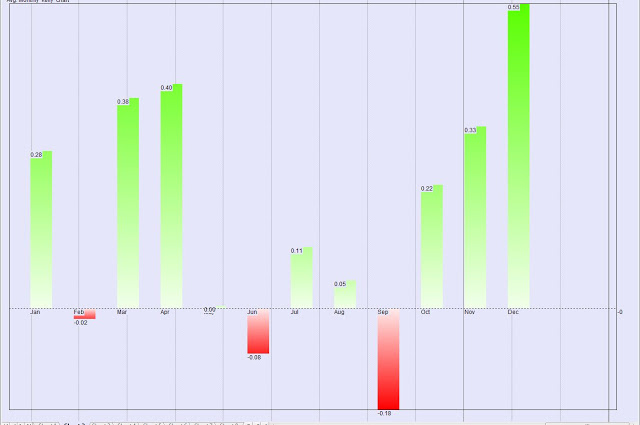 Here you can visually see where the “sell in May and go away” saying comes from. Again, this is historical stats. Doesn’t mean they predict the future.
Probably all this is known to you: The best months to have invested on the SPY are November and December and the worst are May to October.
And why am I posting this now? It’s already the end of December…
So here’s another seasonal for my European friends that have lost much of their purchasing power over the last 2 years.
This is the Euro (using the Futures prices, since 1995). Keep in mind that the Euro has had a bullish bias through most of it’s history. But look at January: 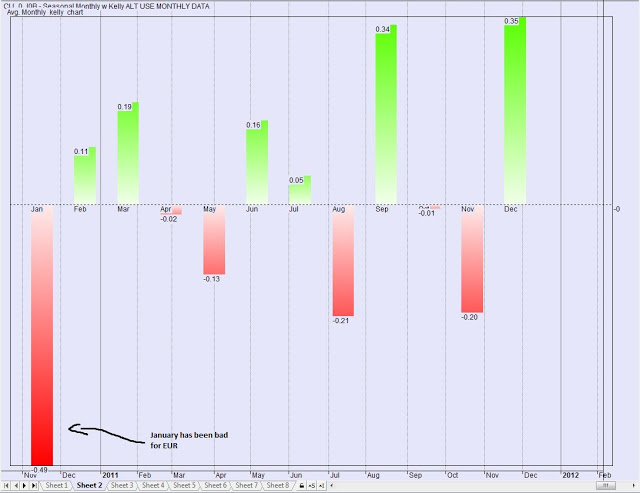 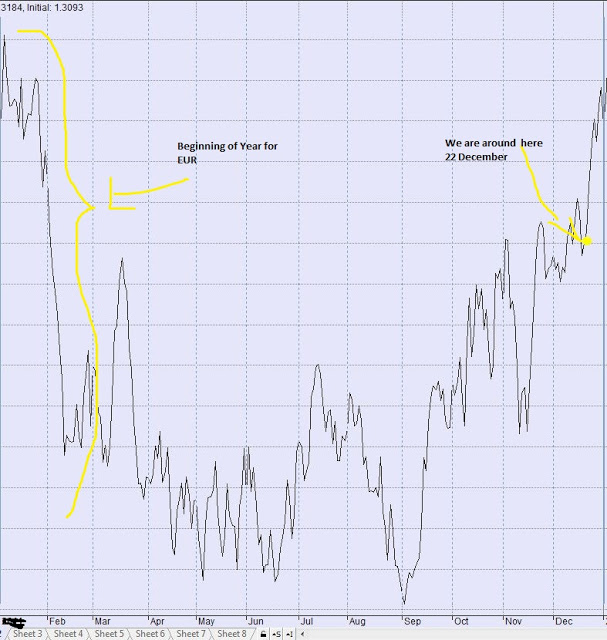 Past returns may not be indicative of  future returns.